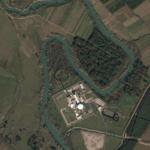 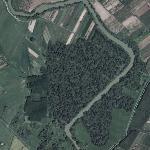 The plant began operation in 1964. In August 1978 it was shut down due to damage to one of the two secondary steam generators. In March 1982 the Italian Electricity Generating Board declared the plant to be out of service.

Instead of the reactor there are trees and a modified river!
This effect you can see at almost every Italian power plant site in LL!
Links: www.worldbank.org
1,168 views