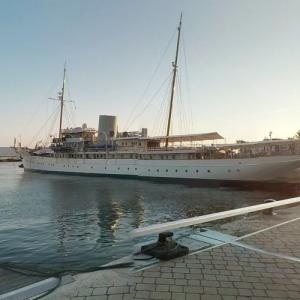 1937 it was sold to Romanian King Carol II for £120,000 and renamed "Luceafarul". When he abdicated in 1940 it was taken over by the Romanian Ministry of Culture to become first a museum, later a restaurant.

After being recovered in 1989 it's now a private yacht.