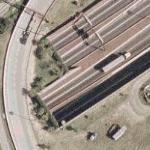 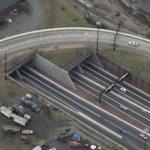 The world's widest, underwater-vehicular tunnel opened to traffic in November 1985. It connects the Locust Point and Canton areas of Baltimore, crossing under the Patapsco River just south of historic Fort McHenry. The tunnel was designed as a vital part of the East Coast's most important interstate route: I-95. Along with the Baltimore Harbor Tunnel and the Francis Scott Key Bridge, the Fort McHenry Tunnel is part of a network of Baltimore harbor crossings that provides a high level of convenient transportation service to local and interstate traffic.