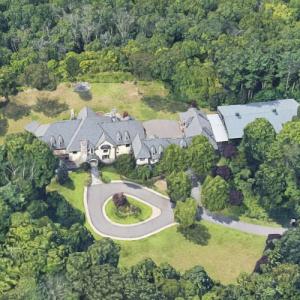 Jennifer Dulos went missing in May 2019. Authorities suspect that she was killed in a violent attack at her home in New Canaan (also mapped on this site). Fotis, his girlfriend, Michelle Troconis, and their attorney, Kent Mawhinney, were arrested for tampering with evidence. Police suspect that Fotis Dulos had been lying in wait for Jennifer and attacked her when she arrived at her home, after dropping her children off at school. Police allege that Fotis Dulos and Troconis went to Hartford, Connecticut, to dispose of garbage bags containing items with Jennifer Dulos' blood on them on the night that Jennifer disappeared. Police further allege that Mawhinney participated in the murder conspiracy.

To date, Jennifer's remains have not been found. In June 2020, this home was searched by police and cadaver dogs. It is unclear when the contracted demolition was due to begin or why it hadn't been done before Jennifer vanished.