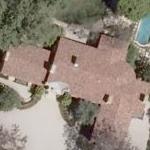 By imkjam @ 2009-08-16 09:02:43
@ 34.13181533, -118.17086041
Pasadena, California (CA), US
" Prior to retiring, Blum was a successful entrepreneur in the $15 billion compound semiconductor industry. He retired in 2000 as CEO of Nitres, Inc., a leader in the development of blue, green, and white LEDs for auto, video sign, traffic light, and solid-state lighting applications. Blum also served as CEO of GigaBit Logic and vice president of Rockwell International during his career. He is the recipient of numerous honors and awards, has appeared on national television, and been featured in magazines such as BusinessWeek and Fortune."
1,543 views