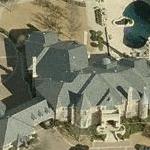 Mr. Gilliam serves on the Boards of ECISD Education Foundation, Rock the Desert, Permian Basin Rehabilitation Center and Easter Seals Committee, and the Texas A&M Petroleum Engineering Industry Board. He is currently the President of the Permian Basin Mission Center and was past president of the Odessa Country Club. Mr. Gilliam graduated from Texas A&M University with a Bachelor of Science in Petroleum Engineering in 1980.
Links: www.pe.tamu.edu
5,509 views