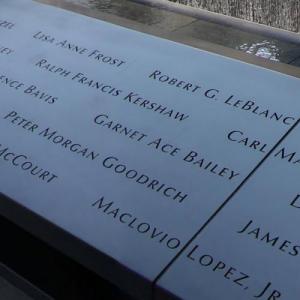 At the time of his death, he was working as the Director of Pro Scouting for the Los Angeles Kings. Another Kings scout, Mark Bavis, was on the flight with Bailey and is honored on the memorial next to Bailey. After the Kings won the Stanley Cup in 2012, a fan placed a Kings championship hat on the newly constructed memorial.

In 10 NHL seasons, Bailey recorded 278 points (107 goals, 171 assists) in 568 games. After being drafted by the Boston Bruins in 1966, he played with the Bruins from 1968-73. He would later play with the Detroit Red Wings, St. Louis Blues, Washington Capitals, and the WHA's Edmonton Oilers.
Links: en.wikipedia.org, sports.yahoo.com
948 views