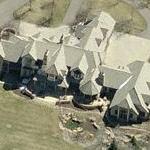 By Champion3 @ 2013-09-06 20:40:03
@ 39.64291499, -104.95070996
Englewood, Colorado (CO), US
Gary Magness is the son of Bob Magness, the founder of Tele-Communications Inc., what was the nation’s largest cable-TV company before it was sold to AT&T Broadband, in 1999 for 43.5 billion in stock and $16 million in assumed debt. TCI had a subsidiary called Liberty Media Corp., which is now headed by Bob Magness’s former partner, billionaire John Malone, who is also the largest private landowner in the US. Magness owns a classic-car dealership called Mango Motors, and is the team leader of Mango Racing, The team has raced in the Baja 1000, in addition to other off-road races, primarily in Mexico and Las Vegas.

Magness and his wife, Sarah Siegel-Magness are co-founders of Smokewood Entertainment, which produced the six-time Oscar nominated film, “Precious: Based on the Novel Push by Sapphire.”