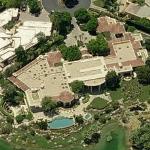 He is the co-author of two books on global investing and has authored numerous articles on an array of investment topics. Brinson has been called on the investment field's "Living Legends" alongside investers such as George Russell, Jr., Warren Buffet, and Bill Gross.
Links: en.wikipedia.org
3,547 views