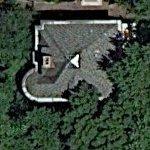 This house was designed in 1892, while Wright was still in the employment of Adler & Sullivan. He was forbidden by the terms of his contract with them to work outside of Adler and Sullivan; this house was built despite that prohibition, as one of what Wright himself called his "bootleg" houses. From the exterior the house appears to be a traditional colonial revival house; however the interior departs from traditional colonial plans. The living room is at the center of the house with a staircase at the north side and a Palladian window on the south.
Links: en.wikipedia.org, en.wikipedia.org
1,362 views