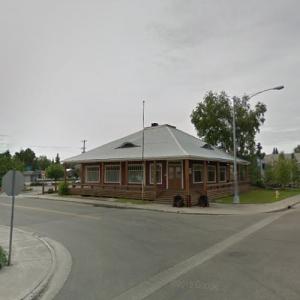 According to the National Park Service, "This log structure was the site of a 1915 meeting between U.S. Government officials and native Alaskans to settle land and compensation claims. The meeting started a dispute that was not resolved until passage of the Alaska Native Claims Settlement Act of 1971."
Links: en.wikipedia.org
687 views