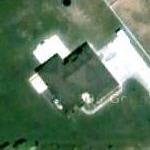 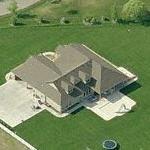 By tlp333 @ 2009-07-08 06:47:53
@ 43.71749, -116.353074
Eagle, Idaho (ID), US
George Kennedy, the Academy Award-winning actor, who has appeared in over 200 film and television productions, lives here. He is perhaps most familiar as Dragline in "Cool Hand Luke", Joe Patroni in the Airport series of disaster movies from the 1970's and comedically as Captain Ed Hocken in the Naked Gun series of movies. Kennedy received an Academy Award for his performance in Cool Hand Luke, for Best Supporting Actor for the role and was also nominated for the corresponding Golden Globe. He second Golden Globe nomination came from portraying Joe Patroni in Airport.

Other notable films he had a significant role in are Charade, Strait-Jacket, McHale's Navy, Shenandoah, The Sons of Katie Elder, The Flight of the Phoenix, The Dirty Dozen, The Boston Strangler, Guns of the Magnificent Seven, Thunderbolt and Lightfoot, The Good Guys and the Bad Guys, Airport 1975, Earthquake and The Eiger Sanction. Kennedy also wrote three books, two murder mysteriers Murder On Location and Murder on Hig, and wrote his autobiography, Trust Me. He also was known to participate in theatre throughout his career, but largely focused on movies and a few television spots later in his career. Kennedy was known for being well equipped for both solid comedic and dramatic performances. Few others in his era could match his talent and ability for varied performance. .

George Kennedy had a net worth of $5 million dollars before his passing. Tragically, Kennedy died on February 28, 2016 at the age of 91 after a long and successful career. An actor with an impressive range and catalogue, Kennedy played some of his eras most iconic and recognizable roles. Born into a show business family, Kennedy made a name for himself as an actor and then achieved the highest acting honor, an Academy Award. Kennedy truly was one of the greatest actors to ever grace the silver screen.
Links: en.wikipedia.org
8,064 views