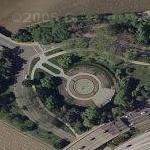 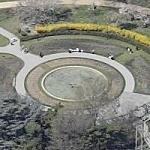 The George Mason Memorial, located in East Potomac Park near the Thomas Jefferson Memorial, commemorates the neglected contributions of an important Founding Father. George Mason was the author of the Virginia Declaration of Rights, which served as an inspiration to Thomas Jefferson while drafting the Declaration of Independence. Mason later served as a delegate to the Constitutional Convention in Philadelphia in 1787. Perhaps Masons' greatest act was withholding his signature from the United States Constitution because it did not abolish the slave trade and lacked necessary protection for the individual from the Federal Government.
Links: www.nps.gov
836 views