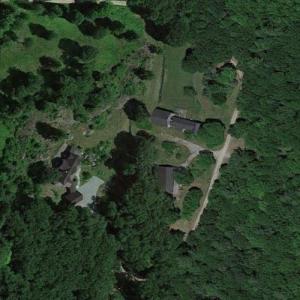 By jdubble07 @ 2020-07-02 15:51:17
@ 43.2170832, -71.9977914
Bradford, New Hampshire (NH), US
Ghislaine Maxwell is a British socialite and alleged procurer who is known for her association with Jeffrey Epstein. The youngest child of disgraced publishing tycoon Robert Maxwell, she moved to the United States after her father's death in 1991 and became a close associate of the financier and subsequently convicted sex offender Jeffrey Epstein. Maxwell has faced persistent allegations of procuring and sexually trafficking underage girls for Epstein and others, charges she has denied.

On 2 JUL 2020, Maxwell was arrested by the FBI at this home, which she purchaed in December 2019 for just over $1M. The United States Department of Justice charged Maxwell with enticement of minors, sex trafficking and perjury.
Links: en.wikipedia.org
2,247 views

jdubble07
@ 2020-07-03 20:58:09
The address is 388 E Washington Rd. Sawyer Rd is a private road on the property. Google Maps incorrectly pins the location down the roat at Bradford Bog. The thumb is correct as are the coordinates and link.