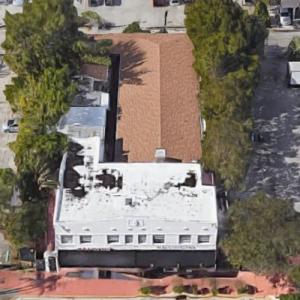 By jdubble07 @ 2020-08-24 14:13:02
@ 25.7785396, -80.1412449
Miami Beach, Florida (FL), US
Giancarlo Granda gained notariety in 2019 when it was revealed that he had some sort of a relationship with Jerry Falwell Jr. and his wife, Becki. Falwell, at the time, asked Donald Trump's lawyer, Michael Cohen, to help hide photos of 'a personal nature' from going public. Officials at Falwell's Liberty University claimed that the photos in question were pictures of his wife, Becki, in "provocative and sexual poses".

Granda alleges that he met the couple in 2012 while he was working as a pool attendant at Miami's Fontainebleau hotel and that, from 2012-2018, had a sexual relationship with Becki and that Jerry would often watch. This information was revealed after news outlets reported that Falwell gave Granda money to open a gay-friendly hostel in Miami Beach. Falwell is claiming that Granda was extorting him. Granda provided Reuters with text messages and emails purportedly showing that he did, in fact, have a relationship of a sexual nature with the Falwells.

The hostel is owned by Alton Hostel LLC, which uses the mailing address of Falwell's son, Trey's house in Virginia.
Links: www.dailymail.co.uk
358 views