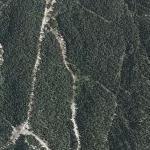 By Lamos @ 2009-02-26 04:50:38
@ 46.54091588, 12.18589783
Cortina, Italy (IT)
The alpine runs (Le piste apline) were established on the slopes of Monte Tofana and Monte Faloria. The men's and women's Downhill and Slalom races were held on Tofana, while the two Giant Slalom events were held on Faloria. It took nearly two years to complete construction on the runs, the delay was due to the terrain, which could not be worked on during the winter. While snow had never failed to fall in sufficient quantity in the areas selected for the apline events, the winter of 1956 did not produce enough snow to safely navigate the runs. As a consequence snow had to be transported from other parts of the mountains by the Italian army
Links:
529 views