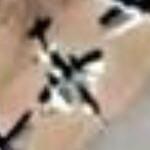 In 1959 this particular NF-11 was converted to tow aerial targets and redesignated to a T.T-20. After its service ended about 1969 it flew under civilian markings until it was flight-delivered to the museum on October 4, 1993.
Links: en.wikipedia.org
817 views