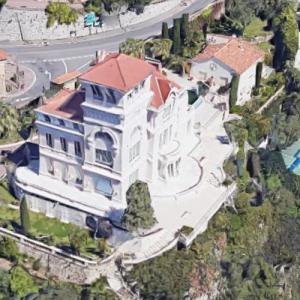 Grace Kelly owned this property, called Villa l'Aiglon, and in 1969, invited the American-French performer and civil rights activist Josephine Baker to stay in the home, free of charge. Thanks to her friendship with Princess Grace, following her death in 1975, Baker was buried at Cimetière de Monaco.
Links: en.wikipedia.org
2,068 views