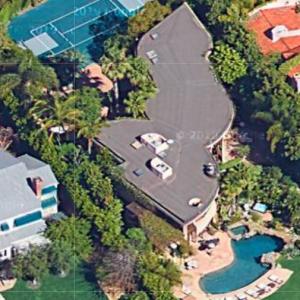 By borlefborlef @ 2020-11-20 21:24:18
@ 34.06114948, -118.54446115
Los Angeles, California (CA), US
He is President and CEO of production companies Initial Entertainment Group and GK Films. He is best known for his Oscar-winning 2006 crime thriller film The Departed, which was awarded the Best Picture Oscar at the 79th Academy Awards, and Bohemian Rhapsody which was nominated for five awards including Best Picture, at the 91st Academy Awards.

King is planning to produce a biopic about Michael Jackson.

King was appointed Officer of the Order of the British Empire (OBE) in the 2010 New Year Honours.
Links: en.wikipedia.org
85 views