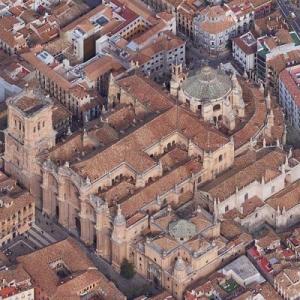 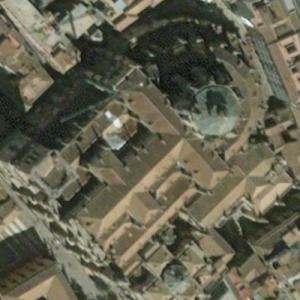 By DonMartini @ 2007-05-10 05:59:11
@ 37.176543, -3.599111
Granada, Spain (ES)
Granada Cathedral (Cathedral of the Annunciation) is a cathedral in Granada, in the Autonomous Region of Andalusia, Spain, designed at the peak of the Spanish Renaissance. In 1529 Diego de Siloé outlined the Renaissance lines of this building upon its Gothic foundations, with a triforium and five naves instead of the usual three. Within its structure it combines other orders of architecture. It took 181 years for the cathedral to be built.

In 1667 Alonso Cano altered the initial plan for the main façade, introducing Baroque elements. The magnificance of the building would be even greater, if the two large 81 meter towers forseen in the plans had been built; however the project remained incomplete for various reasons, among them, financial.
Links: www.moebius.es
1,200 views