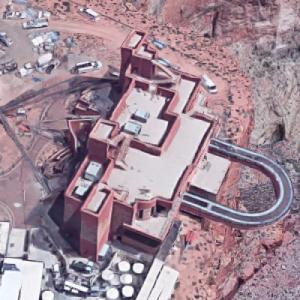 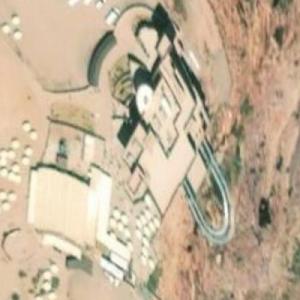 Moonwalker Buzz Aldrin, 77, strode out onto the $40 million Skywalk, built by a private developer with the permission of the Hualapai tribe, whose ancestral lands abut the remote southwest rim of the Arizona canyon.

The project has stirred controversy on the Hualapai Reservation, where backers say it will create valuable jobs but opponents condemn it as a desecration of a sacred landscape.

"I felt wonderful, not exactly floating on air ... but a vision of hope for the future," said Aldrin, who was the second man to walk on the moon.

Waving to a crowd of about 1,000 tourists, dignitaries and tribal members, Aldrin walked around the transparent pathway to meet a group of Hualapai elders and children coming from the other direction.

The astronaut's few steps marked the official inauguration of the project, which backers hope will draw up to half-a-million paying visitors this year to the site some 120 miles east of Las Vegas.

The horseshoe-shaped steel pathway, which is paved with 90 tonnes of toughened glass, is cantilevered 70 feet out over the lip to give steel-nerved visitors a view of the Colorado River Valley below.

It is due to open on March 28 to tourists who will pay $25 each to tread their way around the glass arc, which is bolted to the lip of the plunging canyon.
Links: www.google.com, en.wikipedia.org
5,319 views