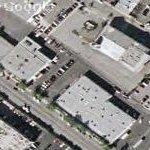 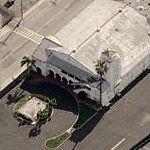 By charlene @ 2005-05-15 02:13:51
@ 34.16288, -118.286717
Glendale, California (CA), US
The first scheduled air service from Southern California to the East Coast (piloted by Charles Lindbergh) originated at the Grand Central Air Terminal in Glendale. For many years it was the western terminus for TWA's flights into SoCal. It was closed in 1955; however, the California Art Deco terminal and tower still remain, as does the runway. I wonder if anybody in the area ever wonders why the sparsely used Grand Central Avenue is six lanes wide?
Links: members.tripod.com
1,534 views