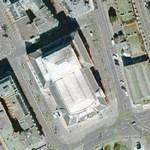 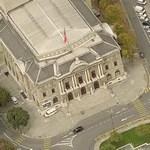 Inaugurated in 1879, the Grand Theatre had been the focal point of musical life in Geneva where the greatest composers came to have their works performed.

It took ten years to restore the building, now larger, better equipped and decorated, notably with a magnificent ceiling ornament and a spectacular stage curtain.

Since then, the musical seasons propose ever-richer and varied repertories.
738 views