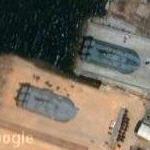 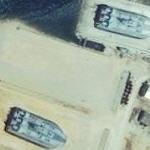 Russian built, 57 m long for 550 tons of tonnage, hovercraft has the maximum speed of 60 knots in sea and approximately 60 km/h on earth, and is equipped with four stabilized antiaircraft missile launcher weapon systems Igla 1M (capable to hit a target running in a speed up to 360 m/s, an altitude including between 10 and 3,500m and a diagonal distance between 500 and 5,000 m) two weapon systems AK 630 of 30 mm (equipped with six rotary barrels model AO-18 of 5,000 turns a minute and the shooting up to 5,200 m) and two missile launcher MS-227 (projected specially for this equipment and characterized with a shooting distance between 200 and 10,000 m). "Apart from the tasks of coast vigilance - has declared an officer of the Greek Ministry to Vladimir Kitov of the "The Russia Journal" - it is intention of the Defense to employ hovercrafts also to check the increasing piracy in the Aegean sea by Albanians giving damages to the mercantile ships.
Links: www.analisidifesa.it
2,525 views