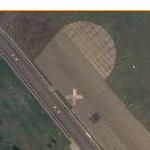 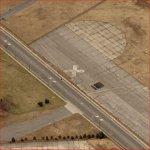 Interestingly, the resolution at which the images of this abandoned airfield (and other airfields in the Long Island area) is rendered at is far lower than that of the surrounding area. One wonders why.
9,528 views

Anonymous
@ 2009-10-02 10:46:04
part of it is blurred out.
think it is the USPS sorting facility and surrounding buildings.
you can look at things at street view, but can not officially confirm blurred building aerial image is USPS.

Pilot killed after traffic control directed him to the airfield where he tried to land.

The airfield can be seen in Google Earth history layer 1994.