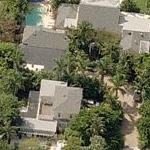 mlc1us
@ 2011-05-29 14:42:13
Category changed.
Buildings - Homes - Celebrity - Business: All maps must have a More Info link to a profile at a well established website (such as Wikipedia or Forbes.com).
http://virtualglobetrotting.com/submit_policies/