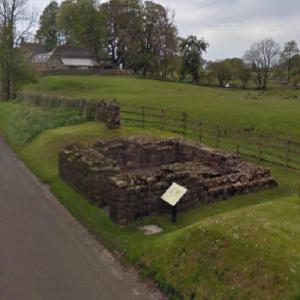 Along Hadrian's Wall there were many milecastles and turrets, which are still visible today.

The foundations of this lookout post can still clearly be seen today.
Links: en.wikipedia.org
324 views