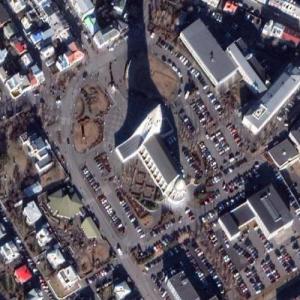 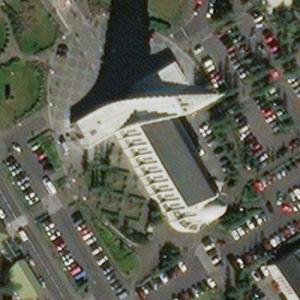 The Hallgrímskirkja (literally, the church of Hallgrímur) is a church in Reykjavík, Iceland. At 74.5 metres, it is the tallest building in Iceland, although it is not the tallest structure. The church is named after an Icelandic poet and clergyman, Hallgrímur Pétursson (1614 to 1674), who is best known in Iceland for his hymns.

It took 38 years to build the church; construction work began in 1948 and ended in 1986, the landmark tower being completed long before the church's actual completion. Situated in the city centre, it is visible throughout the city and has become one of Reykjavík's best known symbols.

The statue in front of the church represents Leif Eriksson, son of Erik the Red. It is somewhat older than the church itself, being a gift from the United States in occasion of the 1930 Althing Millennial Festival, commemorating the 1000th anniversary of Iceland's parliament.
Links: www.hallgrimskirkja.is
2,162 views