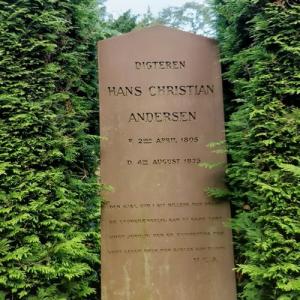 Beside writing fairytales he traveled around Europe. He also wrote the texts to Danish folk songs and Christmas carols.

His grave is in the Assistens Cemetery of Copenhagen.
Links: en.wikipedia.org
211 views