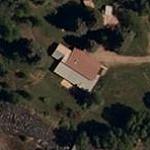 Red was born in Aspen in 1910, and lived in his father's red brick house on West Francis Street until the day he died. It was here that as a child he would "ski-jore" down Aspen's icy streets on ice skates behind the family's mare.

Red quit high school to become a ranch-hand, but when the Aspen Skiing Corporation launched their ski area in the summer of 1946, Red began work as a hauling contractor. He signed on to help build Aspen's first two chairlifts, initiating a career with the Corporation that spanned 30 years. During that time he became General Manager of Aspen Operations and then Vice President of Engineering.

Although Red had no formal engineering training, his mechanical knowledge and natural leadership propelled him into a management role almost immediately. Between 1946 and his retirement in 1977, Red directed the construction of every lift built by the Corporation at Aspen Mountain, Buttermilk, Snowmass and Breckenridge.

Red became one of the country's outstanding lift builders and operators. At a time when there were no accepted standards for lift operation and maintenance, he developed his own standards which resulted in reliable and safe operation for Aspen's lifts and provided a model for the rest of the ski industry to follow.

Throughout his 30 years with Aspen, Red became an expert in all aspects of ski area management. Red Rover and Rover’s Run at Buttermilk Mountain, were named after him to honor his special contributions to Aspen and the ski industry
Links: www.coloradoskihalloffame.com
765 views