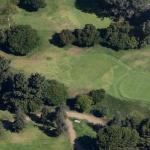 By mlc1us @ 2015-03-05 18:28:44
@ 34.008306, -118.45709
Santa Monica, California (CA), US
Actor Harrison Ford was injured after crash-landing a small plane on the 8th hole of Penmar golf course in Santa Monica California. He reported engine failure in his two-seater vintage plane, and told air-traffic controllers he was returning to the airport. He went down on the golf course just to the southwest of the airport. He reportedly suffered moderate trauma, and was conscious and alert before being transported to a hospital.

Update: Harrison Ford's injuries include multiple gashes to his head, cuts on his arms, a broken ankle, and broken pelvis. His spokeswoman, Ina Treciokas, said in a statement, Ford's injuries are “not life-threatening, and he is expected to make a full recovery.”
Links: www.cnn.com, en.wikipedia.org, www.nydailynews.com, www.youtube.com
482 views

TROTER
@ 2015-03-06 21:20:51
This is the raw recording of ATC of Santa Monica Tower from the time Harrison Ford was given clearance to take off. Harrison Ford made a remarkable landing and lives up to his legendary status.
http://youtu.be/Iye-t_qJeLo