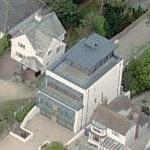 By jdubble07 @ 2015-06-10 11:24:36
@ 50.68739803, -1.94059382
Poole, United Kingdom (GB)
Harry Redknapp is an English football manager who recently resigned from his job with Queens Park Rangers. Rednapp reportedly spent £4m on this home, named "Sandbanks House". Redknapp has previously managed AFC Bournemouth, West Ham United, Portsmouth, Southampton, Tottenham Hotspur, Queens Park Rangers and Birmingham City. In his second spell at Portsmouth, he managed the side that won the 2008 FA Cup. At the conclusion of the 2009–10 season, he guided Tottenham into the UEFA Champions League. His son, Jamie Redknapp, played under him at Bournemouth and Southampton. He is also uncle to Frank Lampard, who played under him at West Ham United

Redknapp has a net worth of $18 million. Born in Poplar, London, England on March 2, 1947, he was only 11 when he was spotted by a Tottenham Hotspur scout while he was playing for East London Schools. Thus, he grew up in the Tottenham Hotspur youth ranks and by the time he turned 15 he moved to West Ham. At the age of 17, he represented England at youth level and won the 1964 UEFA Youth Tournament beating Spain 4-0 in the final. Redknapp played as a midfielder during his football career. The teams he played for during his senior career include West Ham United, Bournemouth, Brentford, and Seattle Sounders. In 1982 he decided to get back to Bournemouth where he ended his professional career, in which he made around 12 goals in the domestic league. As for his career as a coach, he started it as player-assistant manager of Seattle Sounders, a North American League team, from 1976 to 1979. His major coaching role was at the beginning of the 1982-1983 season as an assistant manager of David Webb at Bournemouth.

In 1990, while attending the World Cup, Redknapp suffered a car accident that knocked him unconscious for two days with a fractured skull and nose, cracked ribs and a gash on his left leg. After his recovery and after losing the sense of smell and with a recurring face tic, he resigned from Bournemouth in 1992. Later on, he went on to coach West Ham, Portsmouth on two occasions, Southampton, Tottenham Hotspurs (which he guided to their first UEFA Champions League) and is presently coaching the Football League Championship club Queens Park Rangers.
Links: en.wikipedia.org
18,231 views