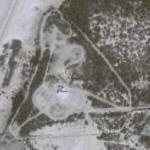 The Raytheon MIM-23 HAWK is an American medium range surface-to-air missile. HAWK is an acronym or possibly a backronym for Homing All the Way Killer. The HAWK was initially designed to destroy aircraft and was later adapted to destroy other missiles in flight. The missile entered service in 1960, and a program of extensive upgrades has kept it from becoming obsolete.

The Israelis have upgraded the Phase 2 standard with the addition of a Super Eye electro-optical TV system for detection of aircraft at 30 to 40 km and identification at 17 to 25 km. They have also modified their system for engagements at altitudes up to 24,000 m.
Links: en.wikipedia.org
798 views