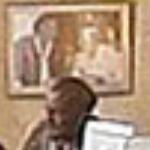 By tallturtle82 @ 2014-05-09 13:19:47
@ 23.137395, -82.357375
Havana, Cuba (CU)
El Floridita is an historic fish restaurant and cocktail bar in the older part of Havana (La Habana Vieja), Cuba. It lies at the end of Calle Obispo (Bishop Street), across Monserrate Street from the The National Museum of Fine Arts of Havana (Museo Nacional de Bellas Artes de La Habana). The establishment is famous for its daiquiris and for having been one of the favourite hangouts of Ernest Hemingway in Havana.

The Nobel Prize-winning American writer Ernest Hemingway frequented the bar, which is at the end of Calle Obispo (Bishop Street), a short walk from the Hotel Ambos Mundos where Hemingway maintained a room from 1932–1939. Hemingway's children also noted that in the early 1940s Hemingway and his wife "Mary" (Martha Gellhorn) continued to drive from their house outside Havana (Finca Vigía) to the Floridita for drinks. The establishment today contains many noticeable memorabilia of the author, with photographs, a bust and, more recently (2003), a life-size bronze statue at the end of the bar near the wall, sculpted by the Cuban artist José Villa Soberón.


Hemingway wasn't the only famous customer of the bar. The establishment was frequented by many generations of Cuban and foreign intellectuals and artists. Ezra Pound, John Dos Passos and Graham Greene, the British novelist who wrote Our Man in Havana, were also frequent customers.
Links: en.wikipedia.org
622 views