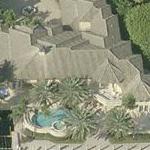 By Champion3 @ 2013-06-01 21:35:59
@ 26.32548705, -80.08180723
Boca Raton, Florida (FL), US
Hilary Devey is an English businesswoman and television personality known for her two year role on BBC Two program Dragons' Den until she left to present five-part Channel 4 series The Intern in 2013. She made her fortune launching Pall-Ex, a palletised freight network. Launched in 1996, Pall-Ex was the third palletised goods distribution network to be launched in the UK. It was based on the well-established hub and spoke express parcels distribution model. Pall-Ex handles around 10,000 palletised consignments through its Leicestershire hub each day. As Chairman and CEO, she amassed a net worth of approximately $75 million.
Links: en.wikipedia.org
1,076 views