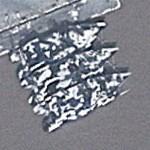 By Rene73 @ 2013-02-23 13:37:56
@ 30.00841, 122.08669
Dinghai, China (CN)
Wikipedia: The Type 022 (NATO designation: Houbei class) missile boat is a ship class in the Chinese People's Liberation Army Navy. The first boat was launched in April 2004 by the Qiuxin Shipbuilding Factory at Shanghai. The boats incorporate stealth features and are based off an Australian-designed wave-piercing catamaran hulls that are more stable than other fast missile craft in high sea conditions. Approximately 83 of these missile boats are currently in service with three flotillas having been produced over a span of seven years.

The Houbei class fast attack craft are China's entry into a growing list of missile-armed attack craft which include Finland's Hamina class missile boat, and Norway's Skjold class patrol boat. The Australian AMD cataraman design may mean as much as a 50% reduction in vessel speed penalty in high sea conditions (in which monohulls may only perform at half or less of their maximum capability). Further, seasickness and disorientation is significantly reduced, improving the combat readiness/situational awareness of the small-craft operators during such conditions.

In addition to the stealthy polygonal-designed superstructure with its stealthy gun mount, the Houbei has an advanced C4 datalink that may represent some kind of capability to allow AWACS planes or other ships to vector the Type 22's missiles. (The US Navy is as well exploring a battery ship concept.)