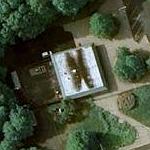 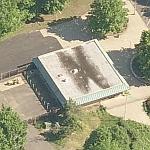 The rest stop was closed in 2003 by state officials due to "sexual activity" there that was being reported.