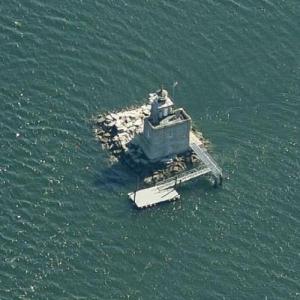 The lighthouse was established in 1857 and the current tower was first lit in 1912. The light was automated in 1949 and is still operational. The foundation is cast reinforced concrete crib and the lighthouse is made out of cast reinforced concrete. The tower is square "castle" in the Beaux-Arts style.
Links: en.wikipedia.org, www.lightphotos.net, www.lighthousefriends.com
827 views