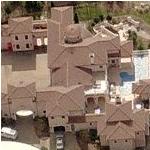 By Champion3 @ 2010-11-04 09:42:59
@ 36.08867639, -86.83922234
Nashville, Tennessee (TN), US
Ian Brick is A major player in the Atlantic Bridges project to build cultural links between Northern Ireland and the American South, Dr. Ian Brick received all of his formal education in Northern Ireland. He graduated from Queens University Belfast in 1968 with a Ph.D. in pharmacology. His research work was in the field of beta blockers and cardiology. He was part of a team that published the first paper in this field. In 1967 he was President of the Students’ Union, a sabbatical post.

After 10 years in the U. K. with ICI Pharmaceuticals, Ian returned to Ireland as Managing Director of Cullen & Davidson, a small company specializing in retail pharmaceuticals. In 1980 Ian and two partners founded the Institute of Clinical Pharmacology in Dublin. The company went public in 1984 on NASDAQ and this necessitated the emigration of the Brick family to the USA. The company was engaged in worldwide clinical trials of newly discovered pharmaceutical compounds particularly in the HIV research field.

In 1990 Dr. Brick, who was born in Belfast, Northern Ireland, founded Pharmaceutical Laboratory Services in Baltimore, Maryland, which was subsequently purchased by his major competitor in 1994.
Links: www.southernirishamericaawards.com
4,411 views