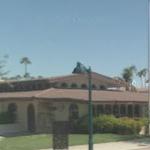 The restaurant has already received a bomb threat and hundreds of angry emails from animal rights activists. Owner Cameron Selogie said the decision to serve the lion burgers was a tribute to South Africa, host nation of the World Cup.
Links: www.telegraph.co.uk
465 views