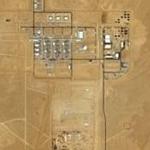 By kkeps @ 2013-01-17 18:11:47
@ 27.921317, 9.115605
In Amenas, Algeria (DZ)
The In Aménas hostage crisis refers to an unknown number of people of varying nationalities currently being held by militants in the Tigantourine gas facility near In Aménas, Algeria, and with an unknown number of fatalites after a raid by the Algerian military, in which some of the hostages were liberated. It is one of many Islamic terrorist insurgency attacks in the Maghreb since 2002, however the immediate motivation for the attack was in response to Algeria's opening of its airspace to French warplanes in their attack on Mali's militants a few days earlier.
Links: en.wikipedia.org
315 views