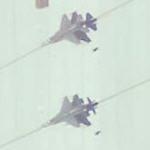 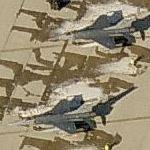 By kjfitz @ 2007-06-10 19:52:12
@ 40.98241, -85.181277
Fort Wayne, Indiana (IN), US
The F-16 Fighting Falcon is an American multirole jet fighter aircraft developed by General Dynamics and Lockheed Martin for the United States Air Force. Designed as a lightweight fighter, it evolved into a successful multirole aircraft. The Falcon's versatility is a paramount reason it was a success on the export market, serving 24 countries. The F-16 is the largest Western fighter program with over 4,000 aircraft built since production started in 1976. Though no longer produced for the US Air Force, it is still produced for export
Links: en.wikipedia.org
1,049 views