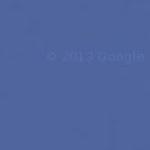 By jdubble07 @ 2015-01-07 13:40:56
@ -3.821778, 110.63967
Java Sea, Indonesia (ID)
Indonesia AirAsia Flight 8501 was a commercial flight, originating from Surabaya, Indonesia en route to Singapore Changi Airport. The flight disappeared from radar and air traffic controllers lost communication with the craft on 28 DEC 2014. The craft crashed into the Java sea, presumably due to severely inclement weather. The last communication received from the pilot of the flight was requesting diversion from the planned flight pat in order to avoid storms. The request was denied due to other air traffic in the area. The flight was carrying 162 people (155 passengers and 7 crew). There were no survivors.
Links: en.wikipedia.org
355 views