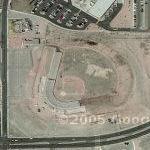 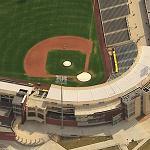 The Isotopes are a AAA affiliate of the Florida Marlins in the Pacific Coast League. they were previously known as the Calgary Cannons before they moved to Albuquerque in 2003.

According to Wikipedia: "The [team] name was chosen by the fans in the city, taking the name from an episode of The Simpsons where Homer's favorite team, the Springfield Isotopes, threatened to move to Albuquerque."
Links: www.milb.com
635 views