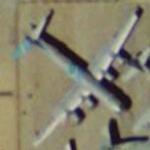 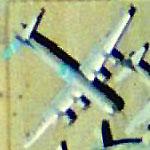 Pdunn
@ 2007-05-22 21:52:12
This particular Boeing B-29A (G-BHDK / 44-61748 (cn 11225)) was rescued from the China Lake target range, where it survived three separate air-to-ground missile sorties with no damage. After recovering it from the desert and being made airworthy for a short flight to Tuscon, it underwent more comprehensive restoration. Upon completion, it was acquired by the Imperial War Museum in Duxford, England, where it was fully restored and is now on display as "It's Hawg Wild."