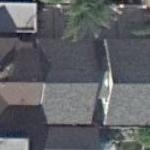 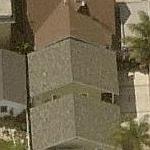 Jackie Hernandez moved into this bungalow in the 1980's, and by the late 1980's, fantastic paranormal activity, some of which could be classified as psycho-kinetic, was occurring there. This activity was so fantastic, it was fit for a movie, and many people believe the tales are in fact too fantastic to believe.

The most famous story regarding the bungalow took place in 1989 when a team of investigators went into the bungalow, and cameraman Jeff Wheatcraft was supposedly strangled by a loop of rope in the attic. How the rope managed to get itself over Wheatcraft's head, nobody knows.

Jackie Hernandez does not live there anymore, but supposedly, the bungalow is still haunted.
Links: www.ghosttheory.com
1,843 views