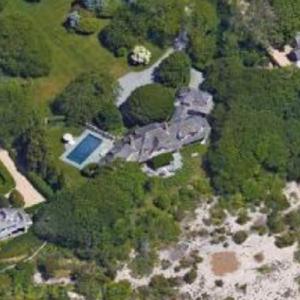 After serving from 1943 to 1946 as a lieutenant in the Navy, Mr. Evans began working as an attorney and loan officer at Harris Trust and Savings Bank in Chicago. He moved to New York in 1957.

After his tenure at Harris Trust and Savings, Mr. Evans earned degrees from Centre College and the University of Chicago Law School.

He served as secretary-treasurer, general counsel, and, later, vice president at the Reuben H. Donnelley Corporation, which eventually merged with Dun and Bradstreet. There he worked as financial vice president and director.

He then joined the Seamen’s Bank, where he served first as president and then as chairman and president. In 1965, he joined Union Pacific Railroad Company as a member of the board of directors. When Union Pacific Corporation was formed in 1969, Mr. Evans became president and a director. He served as chairman of the board and chief executive officer from 1977 until his retirement in 1985.

Mr. Evans was a member of the Maidstone Club in East Hampton, and of New York City’s Knickerbocker Club and Racquet and Tennis Club, and Washington, D.C.’s Alfalfa Club and Metropolitan Club.

He passed away in 2015.
Links: www.easthamptonstar.com
881 views