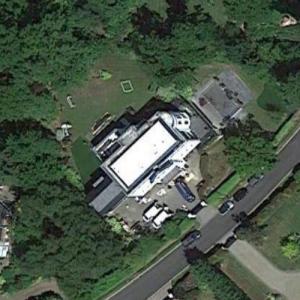 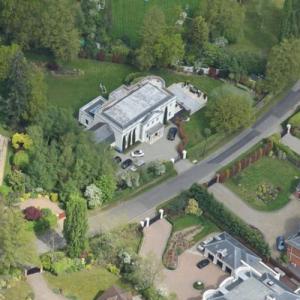 By BermudaBreeze @ 2011-02-26 11:49:16
@ 51.33316988, -0.34959951
Oxshott, United Kingdom (GB)
Jamie Rednapp, the retired English footballer and now a football pundit, lives here with his pop star wife Louise, who was a member of the girl group Eternal. Now retired, Rednapp was active from 1989 until 2005. Now Rednapp makes his money as a pundit at Sky Sports and an editorial sports columnist at the Daily Mail. While on the field Rednapp was a technically skilful and creative midfielder, who was known as an accurate and powerful free-kick taker. Over his career, Redknapp played for Bournemouth, Southampton, Liverpool, and Tottenham Hotspur, captaining the latter two. He also gained 17 England caps between 1995 and 1999.

Redknapp started his senior career for Bournemouth where he had 13 appearances from 1989 to 1991. But his time with Liverpool was the most prolific, when from 1991 to 2002 he had 30 goals in 237 caps and was a big part of winning the 1995 Football League Cup Final. From 2002 to 2005 he played for Tottenham Hotspur scoring 4 goals in 48 appearances. Redknapp finished his career for Southampton in 2005 appearing in 16 games. He also represented England in international competition from 1993 to 1999.

Rednapp was a great player, but his was a career blighted by a succession of injuries. As a result, Redknapp became more famous for his media profile off the field as much as on it. In 2004 he started off as a studio pundit on BBC for the European Championships. He has worked as a pundit on Sky Sports and as a columnist on their website. He launched the bi-monthly Icon Magazine with his wife Louise and former teammate Tim Sherwood in 2005. He joined Saturday night Football on Sky Sports in 2013. Redknapp won the Foot in Mouth Award in 2010 and is known for his overuse of the world "literally".

Jamie Redknapp has a net worth of $20 million. He married the pop singer Louise in 1998 and they live together in this house.
Links: en.wikipedia.org
54,038 views