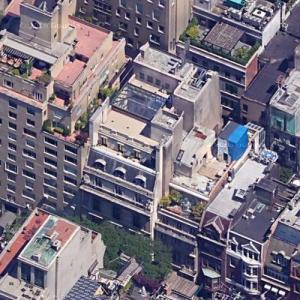 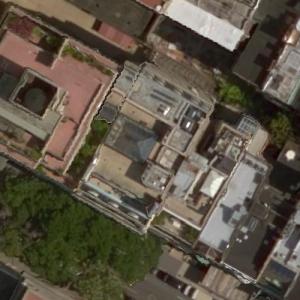 By jdubble07 @ 2015-01-02 12:11:48
@ 40.77183, -73.966454
New York, New York (NY), US
Jeffrey Epstein was a financial consultant and friend to many celebrities and politicians, but he was also a convicted sex offender who committed suicide in his jail cell on August 10, 2019 while awaiting trial on further sexual assault charges. Because he was so highly connected to many important people from Bill Clinton to Donald Trump, to Prince Andrew of Great Britain, and many of the world’s wealthiest people, his evasion of prosecution for sex crimes and subsequent suicide have been under a cloud of suspicion.

Jeffrey Edward Epstein was born in Brooklyn, NY on January 20, 1953. As an adult, he went into financial services, eventually founding his own firm that dealt with a super-rich and famous clientele. Looking back over his career, it is amazing that he rose to the level of success that he did. As a teacher, he lasted less than a year. Then, as a low-level investor and partner at Bear Sterns, he lasted five. He founded his own business, said that he worked for or with the CIA or as a spy, and told different stories about his business dealings to different individuals.

Over the years, Epstein has been closely linked to several massive investment scandals involving massive amounts of money. In spite of claiming an extremely elite clientele, it was often unclear who invested with him, or how much they invested. Despite these setbacks, he was worth more than $500 million at the time of his death.

In 2005, a teenager made substantiated allegations against Epstein, which led to a 13 month investigation and charges involving more than 60 girls and young women. Despite a multitude of evidence, Epstein was given a “sweetheart sentence” that elicited significant outrage on the part of the victims when it came to light. Even after he served his light sentence, he was given breaks rarely if ever extended to a sex offender.

In 2019, Epstein was once again indicted, this time for sex trafficking charges. He was housed at the New York City Metropolitan Correctional Center while he awaited trial. This time, it did not seem he would catch the same breaks as he had in the past. After being denied bail, and investigators finding thousands of pieces of evidence against him, Epstein was found dead in his cell on August 19, 2019 of an apparent suicide. However, his attorneys and many in the public dispute this claim, saying he would not have killed himself and that well-connected people who were worried Epstein would expose their misdeeds had him executed.

Epstein had several residences, many of which are listed on this website.

His New York residence was the Herbert N. Straus house on the Upper East Side of Manhattan. The house was bought in 1989 by a business partner of Epstein, though when he moved into it in 1996, Epstein claimed it was his own. It has been valued between $56 and $77 million in 2019. The 15-foot wood doors of the main entrance still feature gouge marks from when the FBI used a crowbar to gain entrance and search for materials related to his sexual assault allegations.

It is estimated to have 51,000 square feet spread out over nine floors. It is one of the largest private residences in the city, and has many luxuries and extravagances, starting with a heated sidewalk outside the residence. Inside, the house has been described as “Xanadu”, and “an imperious fantasy that seems to have no boundaries”. It has rows of individually-framed manufactured eyeballs, a room filled with leather and leopard print furniture, and a larger than life statue of a naked African warrior.

According to a publicist who visited the house, there is a mural on the terrace the length of the building of a prison yard. Epstein had said he is one of the exercising prisoners in the yard, pointing out that it reminded him that he could always end up back in prison. This is telling, considering how things turned out for him in the end.
Links: en.wikipedia.org
19,353 views