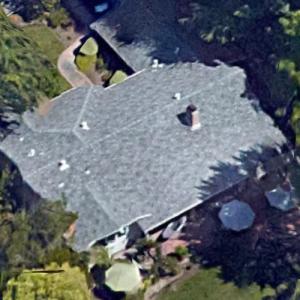 Jeremy Stoppleman was born in Arlington, Virginia on November 10, 1977. Jeremy knew from a young age that he would pursue a career involving technology. He also demonstrated a keen business sense as he started buying stock with his lawn mowing money when he was just 14 years old. After receiving his first computer, an Amiga 2000, in the 10th grade, Jeremy decided he wanted to become a video game programmer.

Jeremy attended the University of Illinois and earned his Bachelor’s degree in Computer Engineering in 1999. He then moved to California to try his hand in the tech field.

After a short stint with one company, Jeremy found himself working as the VP of Engineering for what would become PayPal. After PayPal was bought by eBay, Jeremy enrolled in Harvard Business School.

Upon returning to San Francisco during summer break after his first year, Jeremy and Yelp Co-Founder, Russell Simmons, used a $1 Million investment from Max Levchin to start Yelp.com. By 2006, Yelp had 1 Million unique users. Today, Yelp has 70 million unique monthly visitors and is active in 17 countries. The company currently operates in over 120 cities. After turning down an offer from Google (for a rumored $500 million) to buy the company, Yelp went public in 2012. Jeremey also turned down a $1 billion offer from Yahoo. The company employs around 1,700 employees and has a market cap of $4 billion.

Jeremy, who is currently unmarried, has a vizsla named Darwin and has written over 1,000 Yelp reviews under the name Big Papa. He currently lives in California.

Not much is known about his house. Jeremy loves reading non-fiction and is teaching himself to play guitar. It is said that Jeremy’s current salary is $1 a year, but he earns income on vestment of his 11% interest in Yelp, which is currently valued at more than $145 million.
Links: en.wikipedia.org, fortune.com, www.sfgate.com, www.therichest.com
32,456 views